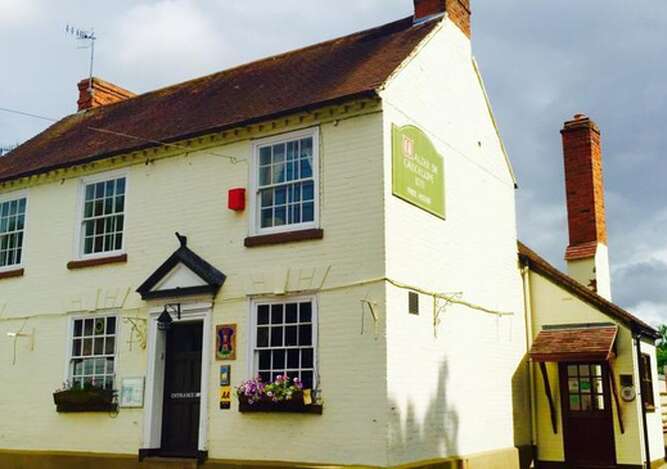 The Inn is renowned for serving traditionally brewed and cellared British beers. Thirsty customers order their pints which are hand-pumped from the barrel to the glass ? not much change then in nearly a hundred years of dispensing beer in an English public house. Regular beer on hand pump ? Timothy Taylor?s Landlord. One or two more beers are featured as guest beers chosen from brweries the length and breadth of Britain.
Landlord from Timothy Taylor
A Classic Strong Pale Ale, Landlord has won more awards nationally than any other beer:This includes four times as Champion at the Brewers? International Exhibition and four times as CAMRs beer of the year.
Wye Valley Bitter ABV 3.7% from Wye Valley Brewery
Chosen to be a regular beer on the Bar by the locals who voted for it at the Inn?s Beer Election, last held here in May 2014.
Brewed by the award-winning Wye Valley Brewery now situated in Stoke Lacy near Bromyard, Herefordshire, this particular brew?s aroma gives little hint of the bitter hoppiness that follows right through to the aftertaste.

Our Guest Ales frequently change and come from near and far.
Many sourced directly from the breweries, be it a small micro or a regional company.

Our newest offer, from Prescott in Cheltenham, is Chequered flag. A thirst-quenching golden ale. Generously hopped using Cascade and Willamette this ale will leave you wanting more. Malt flavours come from a skilful blend of Pale and Crystal malts.