Walking and Cycling the Malvern Hills

The highest point on the Hills is the Worcestershire Beacon (425m) with North Hill (397m) and the British Camp Hill (Herefordshire Beacon ? 338m) the other highest points. In total there are some 20 named hills comprising the complete range. The entire length of the Hills are open to the public and are criss-crossed with about 160km (100 miles) of bridleways and footpaths. Dogs are allowed on the hills and can be let off lead so long as they are well behaved. Cycling is allowed on bridleways only. 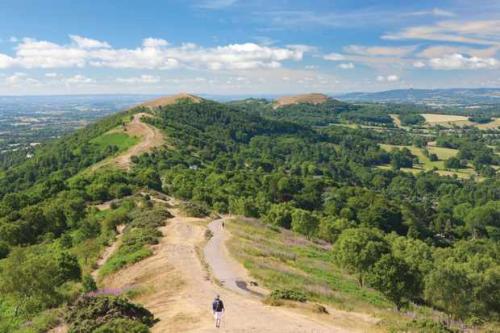 This now internationally recognised destination hosts a wide and varied range of events over 250 days each year. The Royal Horticultural Society's Malvern Spring Festival, dubbed as Chelsea Show-in-the-Shires, The Royal Three Counties Show, Malvern Autumn Show and Malvern Caravan Show arejust some of the headline occasions at this first-class showcase.

Royal Three Counties Show.     Over 98,000 visitors attended across three days. The Livestock lines were buzzing! The Kings Troop Royal Horse Artillery wowed the crowd with their cannons, horses and soldiers. The Ambridge village had a fantastic atmosphere and visitors enjoyed line dancing and listening to Al Boden singing while relaxing with a local beer. The Food &Drink Hall was very busy and traders enjoyed handing out free samples to passers by. Wyvern Radio put on a great World Cup Village with inflatable football pitches, music and face painting and the children were having a great time.

Worcester Cathedral is a magnificent sight as it rises majestically above the River Severn. Worcester has been the seat of a bishopric since the Seventh Century, and the Cathedral was served by monks until the Reformation. St Oswald and St Wulfstan were among the bishops. Since the Eighteenth Century, the Cathedral has been famous for its part in the annual Three Choirs Festival, the oldest choral festival in existence. 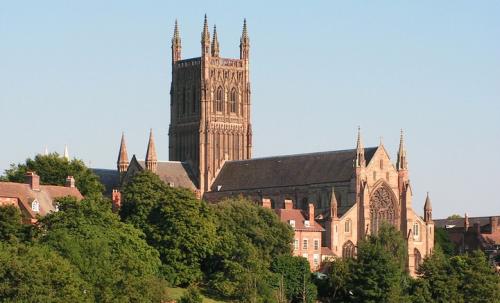 Croome Park is a National Trust owned and restored landscape park which includes a mansion house Croome Court, both open to the public for most of the year. It is between Pershore and Kempsey, south of Worcester, in Worcestershire, England. The house and parkland was Lancelot ?Capability? Brown?s first landscaped park and his first major architectural project. Croome Park and Croome Court is open to the public throughout the year. It is a pay for entry property, but National Trust members receive free entry. During the winter months, November to February, the parkland and house are open at weekends. 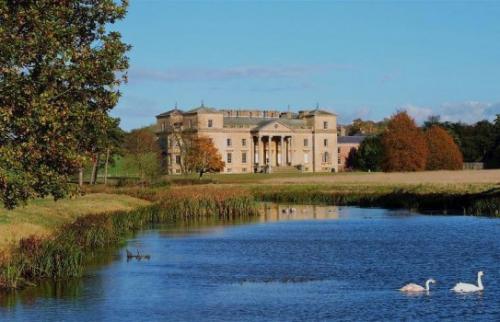 One of England?s greatest composers, Sir Edward Elgar, was born on 2 June 1857, in this pretty country cottage near Worcester in the heart of England. After his death in 1934, Elgar?s daughter Carice set up a Museum here, as her father had wished. In 2000, the new Elgar Centre was added to the Museum, to display even more treasures from this wonderful collection. Today they welcome visitors from all over the world, to enjoy a fascinating insight into Elgar?s life and music, family and friends, musical development and inspirations.

The Severn Valley Railway operates steam-hauled passenger trains between Bridgnorth, Bewdley and Kidderminster, a journey of about 16 miles. Trains operate most weekends and daily May to September. The Railway also operates during all local school holidays throughout the year. The best way to see the beauty of the River Severn is from a steam-hauled train. The Severn Valley Railway has had its home in the town of Bridgnorth, Shropshire since 1965. Buffet style refreshments are available at Bridgnorth, Bewdley and Kidderminster and a trolley service is available on most trains. Luncheon trains run every Sunday.

This beautiful historic house, gardens and parkland set in the wonderful Worcestershire Countryside provides the ideal day out for you and your family. The 30 acre garden is the perfect venue for your wedding or to bring a group. There is a wonderful tea room run by renowned Worcestershire caterers, Chanterelles, where you can buy a light lunch, full, traditional English tea or even buy some of our Estate Venison. There is more to Spetchley than just a garden. It is also a thriving rural Estate with residential, commercial and office space available to rent. It can also be used for promotional and photographic shoots and filming. 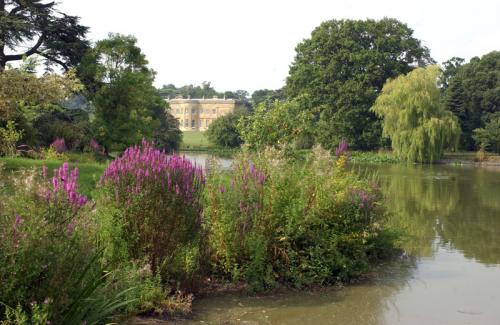 Worcester Racecourse, with its picturesque tree-lined track and unique position nestling on the banks of the River Severn, offers a great day out for all the family. The racecourse provides a choice of afternoon, evening and weekend racing along with Family Fun days and the most prestigious date in the calendar ? Ladies Day, Saturday 4th June 2011. 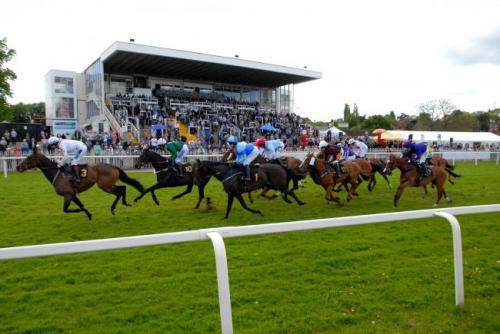 The Worcester Rugby Football Club are an English rugby union club. The club?s first team are members of the Aviva Premiership. They also compete in the British and Irish Cup and Aviva A League. They previously competed in the Anglo-Welsh Cup and the European Rugby Cup competitions. Their home stadium is the Sixways Stadium, and the team colours are blue and gold. Their nearest premiership rivals are Gloucester rugby club.

Worcestershire County Cricket Club is one of the 18 major county clubs which make up the English and Welsh domestic cricket structure, representing the historic county of Worcestershire. Its limited overs team is called the Worcestershire Royals, although unofficially the county is known by some fans as ?the Pears?. The club is based at New Road, Worcester. 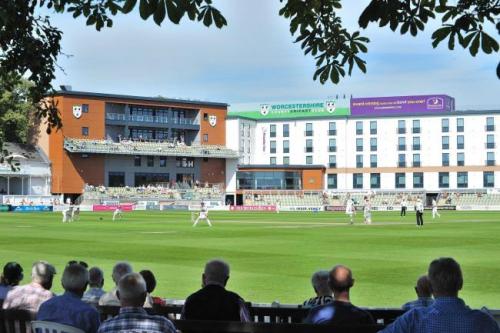 Nestling at the foot of the dramatic Malvern hills, Malvern Theatres is a major centre for the arts in the West Midlands. Home of the famous Malvern Festivals, founded by Bernard Shaw and Barry Jackson in 1929. Subsequent to a £7.2 million refurbishment, the venue, formerly known  as Malvern Winter Gardens, is now hailed both locally and nationally as a model of artistic and architectural excellence, Malvern Theatres boasts a diverse programme of drama, comedy, music and dance, staging touring West End shows, often hosting pre-West End production  whos casts include well-known actors. The complex comprises of three auditoria:the 850-seat Festival Theatre, famous for its programme of top touring drama and musicals;the Forum Theatre, a flexible space used for concerts and dance, as well as a 400-seat cinema. 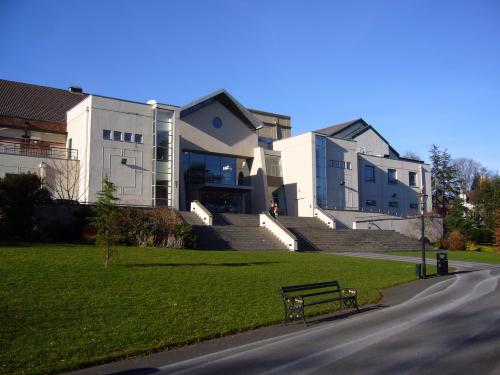 We recently opened the transformed Royal Shakespeare and Swan Theatres and you can now come and explore the new spaces. There are lots of things to see and do ? you can enjoy a meal in the Rooftop Restaurant, take a Theatre Tour or book a ticket to go up the Tower, from which you can take in views across Stratford-upon-Avon.

Our re-opening programme includes a series of events and exhibitions to welcome you to the new building and help us to test the new facilities, including: 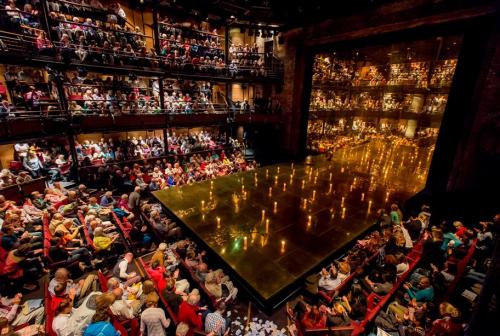 By this time the building was in a deplorable state of repair, and there was a move to demolish it. However, a determined group of Worcester people fought to prevent this happening and, after ten years during which nearly £1 million was raised, the unique features of the chapel were repaired and restored to what you see today.

Many of the original pews have been retained with the addition of cushion, a number of which have needlework covers made by Worcestershire W.I. members. The pulpit was the centrepoint of the Chapel, and it?s occupant was visible from all seats in the building. Nowadays the focus is on the stage, several feet lower, which is why there are seats in the gallery known to us as ?listening seats?. Graceful curved staircases lead up to the pulpit, which is flanked by two splendid eagle lecterns. The original communion rail is still in place beneath the stage. The organ is a very fine one, built by John Nicholson of Worcester in 1840. 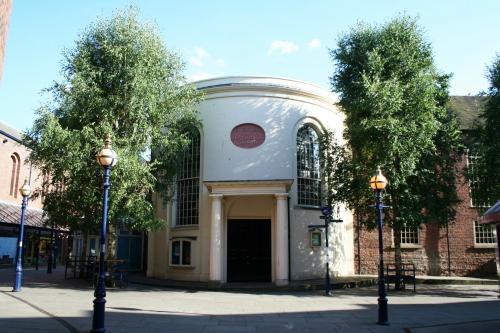 Established in 1751 along the banks of the River Severn The Royal Worcester Visitor Centre nestles amidst Victorian factory buildings, just 2 minutes walk from the Cathedral &historic city centre. Something of interest for everyone whether you take a guided tour and see skilled craftsman at work or try your hand at paint a plate.

Traditionally the world famous steeplchase ? now one of four diverse cultural festival staged at this edge-of-Cotswolds Georgian town.
Just 30 minutes drive from the racecourse, the Inn is a great location to stay. 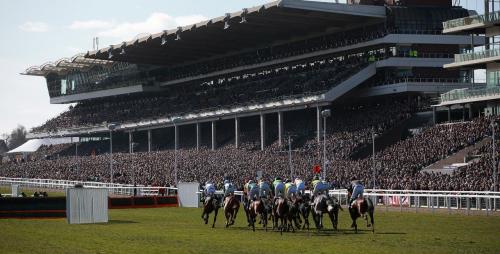